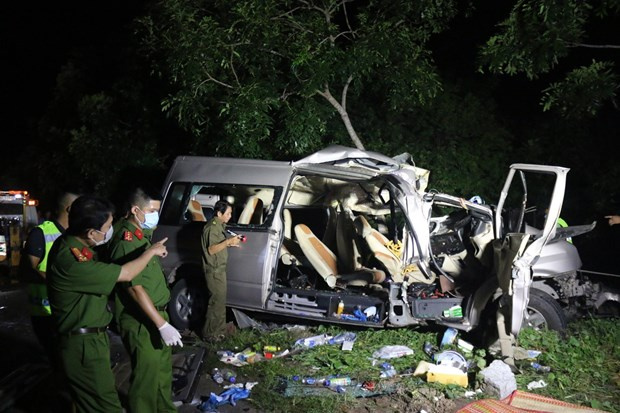 The accident occurred at around 1:00 a.m. local time when a 16-seater coach collided head-on with a truck on the National Highway 1A section in the province's Ham Tan district, leaving six people killed on the spot, and two others died in hospital, the news agency noted.

The coach reportedly was traveling in the wrong lane, it added.

The injured people in the collision have been taken to a local hospital for treatment.

As many as 6,790 traffic accidents occurred in Vietnam in the first six months of this year, killing 3,242 people, severely injuring 1,931 people and lightly hurting 3,008 others, according to the country's Traffic Police Department.