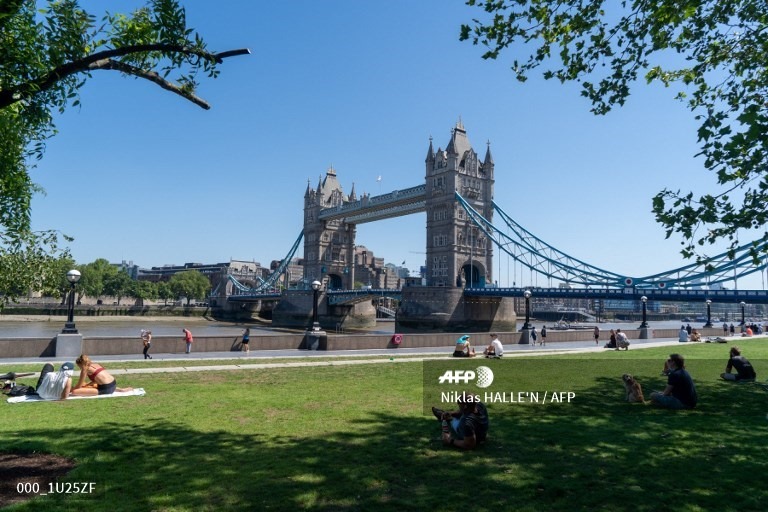 Britain said Friday it will lift its two-week coronavirus quarantine rule for visitors arriving from some "low risk" countries, after pressure from airlines and the tourism sector.

The government said it will publish a list next week of the countries from where people will be allowed to enter Britain without needing to self-isolate for 14 days, as currently required.

The announcement will follow discussions with countries including France, Greece and Spain in "the coming days", with the changes set to take effect in the week beginning July 6.

"Our new risk-assessment system will enable us to carefully open a number of safe travel routes around the world," a UK government spokesman said.

The foreign office will also be updating its travel guidance, which currently advises against all non-essential travel outside Britain, to permit trips on travel corridors.

All passengers will be required by law to wear face coverings on planes and ferries, it added.

Britain introduced its quarantine regime for most travellers arriving into the country on June 8, vowing to review the measures every three weeks.

The rules also applied to any Britons who had left the country and were returning.

It has faced criticism -- and legal challenges -- from airlines hard-hit by the pandemic, as well as from others in the travel industry who have argued it will devastate the domestic tourism sector.

Ministers have insisted for weeks they were looking at creating so-called air bridges with countries with low rates of virus transmission.

But they have yet to provide any clear details of the plan.

The government now says it has created a categorisation system for countries based on public health criteria, to determine if they are safe enough to be exempted.

Countries have been classified as either green, amber and red, depending on their risk assessment.

The list has been informed by factors including the prevalence of the virus, the reliability of data, and "the trajectory of the disease in the country".

Countries in the green and amber categories are deemed low risk enough to receive exemptions.

The government maintains the new measures will be kept under constant review and quarantine rules could be reintroduced for individual countries if their situation changes.

"But we will not hesitate to put on the brakes if any risks re-emerge, and this system will enable us to take swift action to re-introduce self-isolation measures if new outbreaks occur overseas," the spokesman added.