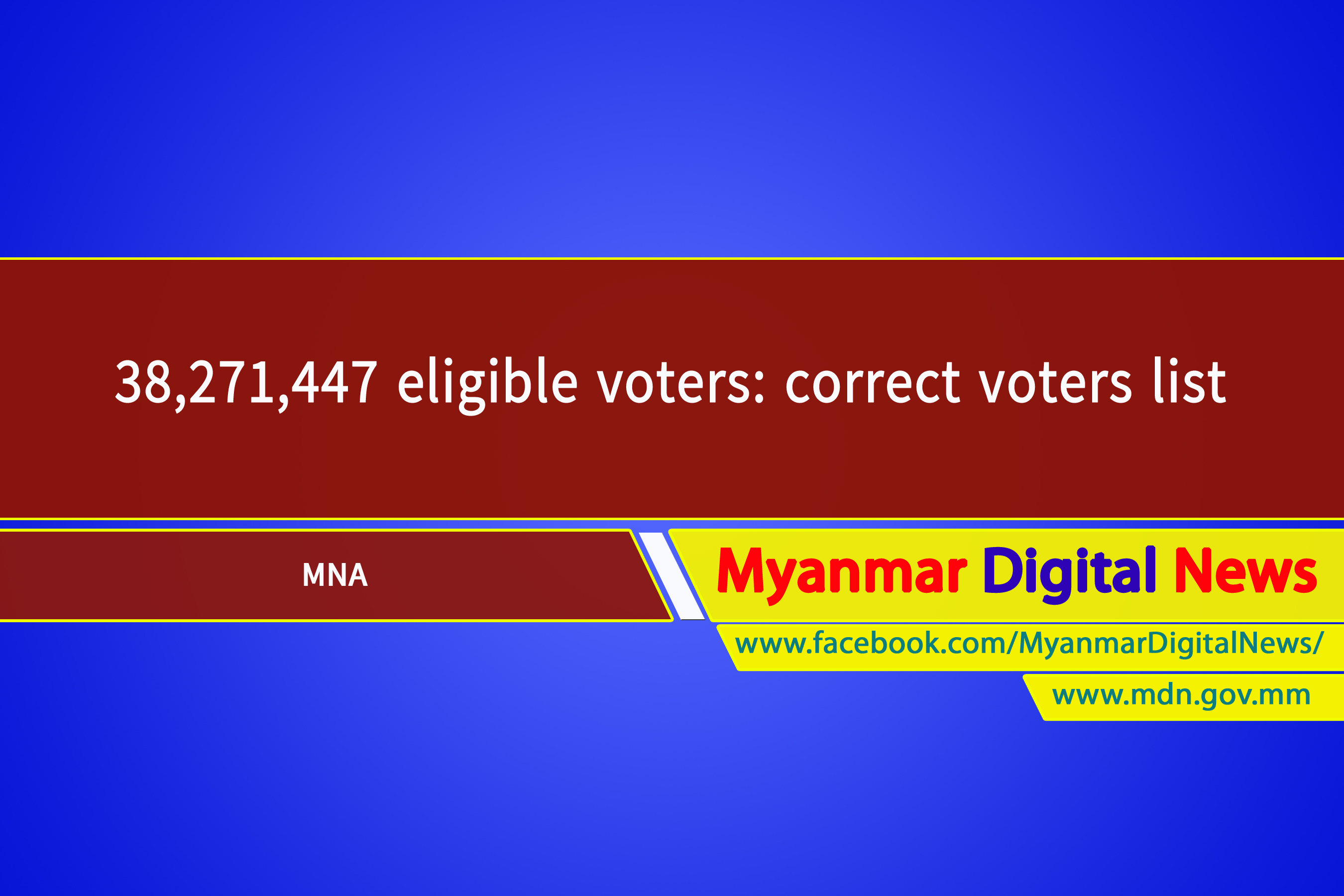 Information about the 2020 multiparty democratic general election has been published in the state-run newspapers for public information.

The state-run newspapers on 9 and 10 November reported there were a total of 37,268,876 eligible voters in the general election according to the information received at the time.

After the announcement of eligible voters list for the second time, the respective Election Sub-commissions made necessary modifications to the voters list in accordance with the relevant rules and regulations, and the latest figure in the latest correct voters list released by the Union Election Commission (UEC) is 38,271,447.—MNA